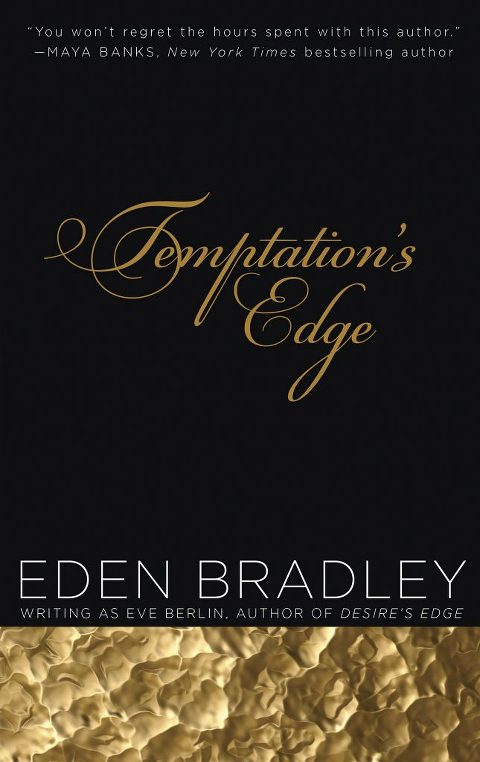 What happens when you let yourself fall…

Mischa Kennon isn’t one to take it lying down, at least not until she meets sexy Connor Galloway , a green-eyed Irishman with an air of authority she finds hard to resist. While performing duties as maid of honor to her best friend, Mischa indulges in a casual relationship with Connor. She’s surprised by the thrill of his dominance, and lusts for more feisty battles before surrender.

If she gives in to desire, will it be too much to handle, or will it open her to a kind of love she never thought possible?

~Roni Loren, author of CRASH INTO YOU

“…TEMPTATION’S EDGE is a gripping, sexy and tantalizing tale.  Masterfully written, drawing you in from the first page…a must read.”